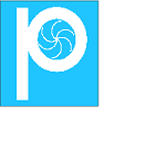 Since the founding of the parent company Photo-Sonics, Inc. some seven decades ago, the company’s record of performance and integrity is a recognised achievement in the photo-optical instrumentation field and the motion picture industry. The contribution by Photo-Sonics Inc., to this discipline, has been continuously demonstrated in the high performance level exhibited by equipment, now in use at major missile test ranges, defence installations, scientific laboratories, military test ranges, military research centres, on military aircraft, and at major corporations.

In 1973 the European office was opened. Since then, Photo-Sonics International have been supplying instrumentation systems to the Aerospace, Military, Ministry, Academic and Automotive communities throughout the world. This 30+ years experience, provides us with an in-depth understanding of our customers requirements and thus helps us to propose practical solutions which are cost effective.

The management of Photo-Sonics International is structured to ensure that we are an effective sales and after sales support operation, with full involvement and technical know how.

To confirm our commitment to our customers we accepted the need for ISO 9000 accreditation and this was achieved in 1993. Since that time we have maintained our accreditation status and are now accredited to ISO 9001:2008.